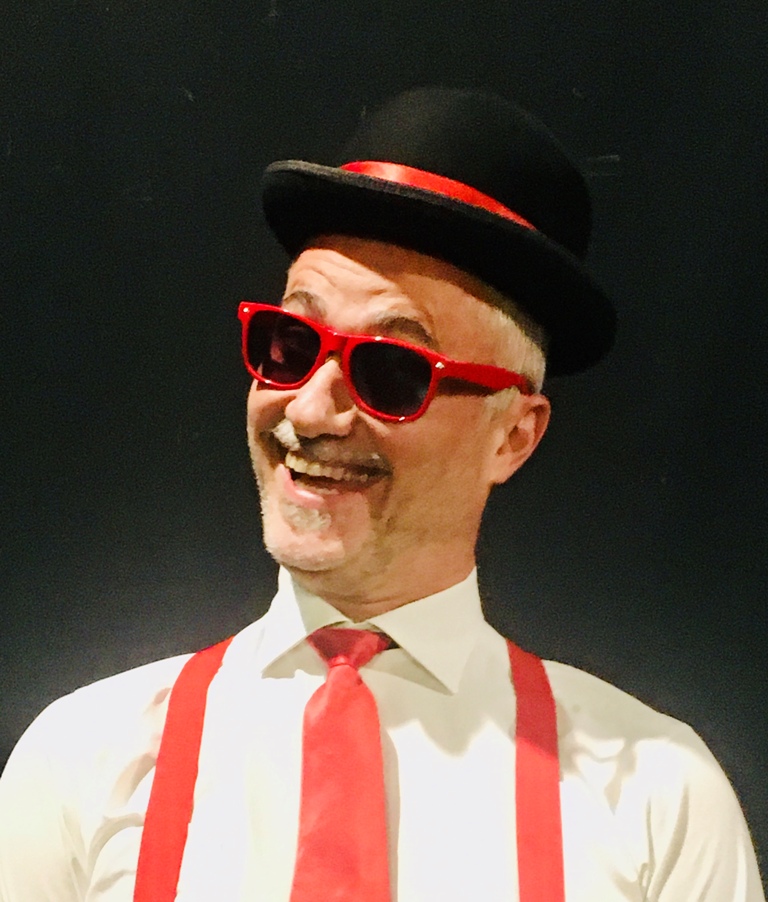 He was born in 1972 and that date was always marked on t-shirts as remembering.

At the age of four years he was brought to see his first film at cinema, "Zorro" by Tuccio Tessari with Alain Delon and Ottavia Piccolo.

Still nowadays some elderly people are remembering him running aimless among the spectators during the whole screening.

Already when he was five, he interpreted different statues in the public parks and imitated his mother in the desperate research for her eyeglasses, wherever she has forgotten them.

These are his first steps in a mode of living, a world which his family was strongly against, so much that he had to make a change of life, and he graduated in mathematics.

As youth, he was keen on skiing, football, tennis and also volleyball, but these didn't always turn positive to him.

His great passion was immediately focused in tricks and magic and many are the girls who he manages to make disappear from his life ... except his mother.

Several absurd things happened later between the eighties, nineties and the beginning of the new millennium...but these periods marked also his finding of himself through working in street theaters and circus company such as the Lillipuziani, without knowing anything how to do.

Anyway, in the midst of all this, a great woman entered forcefully into his existence, his beautiful daughter Mya and also two wonderful sons, Matteo and Andrea.