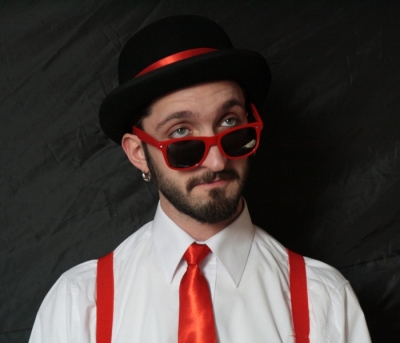 Raised among the animals, it develops a strong empathy towards the feline universe, so much so as to take on some fundamental traits such as sleeping 18 hours a day, living at night and “eating” catnip.

A graduate in philosophy and DAMS, a lover of literature, he tries in every way to give himself an intellectual air to justify his very little success with the fairer sex.

In addition to street theater, he devoted himself to contemporary theater, improvisation, comedy monologues and, even lately, even the radio, everything to avoid working.