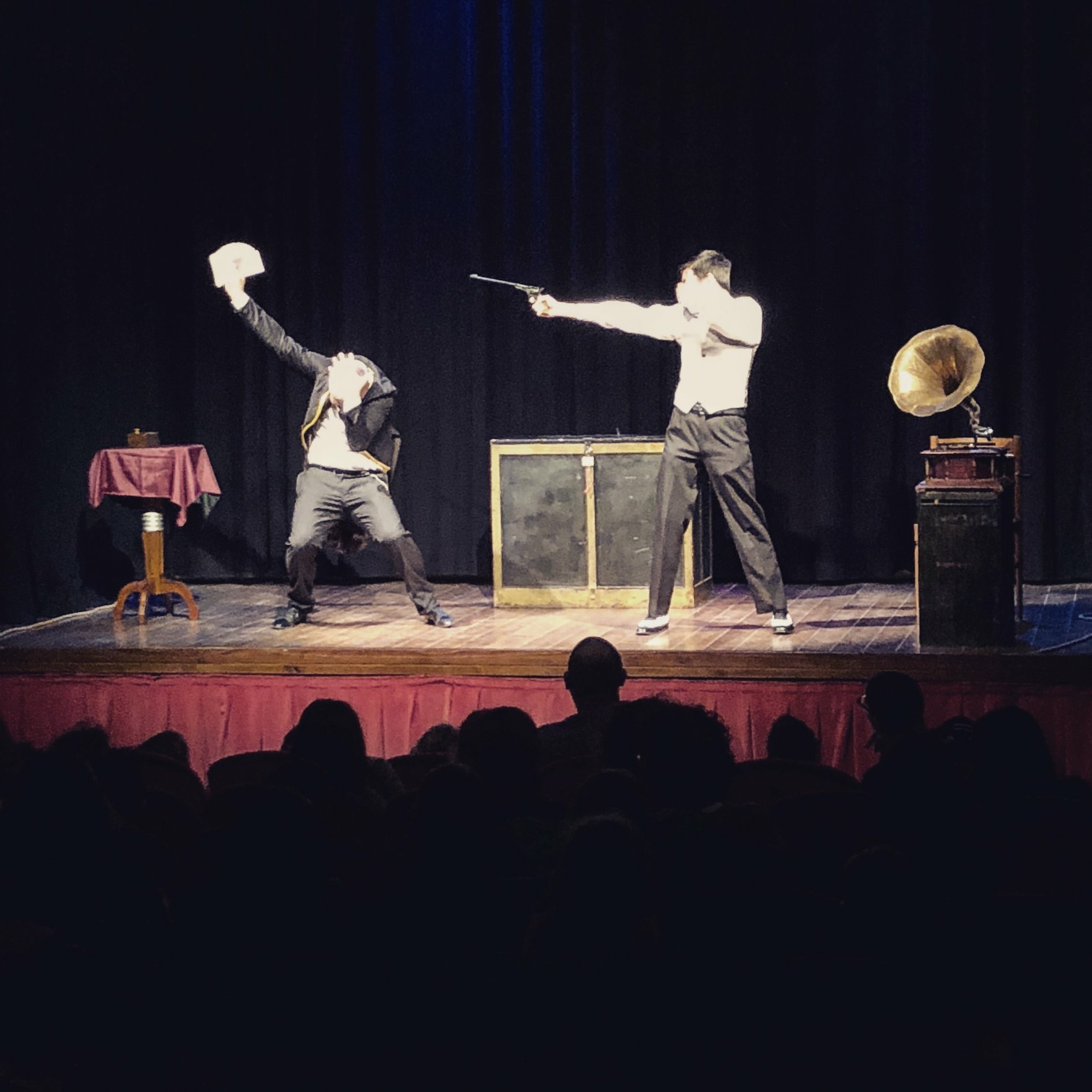 "My mind is the key that will set me free" (Harry Houdini).

The show is nothing but a tribute to the greatest magician of all time the the great magician Houdini, the man who was able to deceive death with challenges which extent the limits of the human possibilities, the undisputed escapologist for excellence.

We are in a setting of the early years of the last century, the most successful period for the great magician, on the stage there is a barker who wants to remember him and tells us about his amazing life, he will challenge the public to get rid of the handcuffs that Harry used in his shows giving away 100 dollars! A stranger man, who first appears to be an odd bother among the public, come on the stage and will be subjected to increasingly arduous challenges by the salesman, retracing in this way the greatest evasions of the great magician, from handcuffs to chains, passing through the infamous note of strength. The charlatan will try to deceive him in every way, thus bringing the whole audience, from the smallest to the oldest, to literally root for our new escapologist.

The show is an electric alternation of gags, escapology numbers and anecdotes about the extraordinary life of Harry Houdini.

Specifications
Production:
Mulino di Amleto Teatro/Combriccola dei Lillipuziani
Performed by:
Matteo Giorgetti & Marco Mussoni
Direction:
Beppe Chirico
Costumes:
Colomba Ferraris
Sound/Lights:
Antonio Vanzolini
Actors:
2 (+1 technicians)
Show Time:
60 minutes
Assembly Time:
60 Minutes
Disassembly Time:
60 Minutes
Stage Area:
Stage: minimum required 3 X 2 m. It is preferable to perform the show in theatrical environments, possibly with a black quadrature.
Disciplines:
Narrative, escapology
Technical Requirements:
Possibility to arrive at the show at least one hour before the performance with the car for loading and unloading material. Dressing room or room used as a dressing room where you can change and leave personal items. Connection current (220v) near the place intended for the stage. An amplification system appropriate to the space is required, or the company can supply its own upon request. Possibility to have a red lighthouse more or less at the center of the scene, controllable from the control room. Ladder to pick up the audience on stage in case the stage is raised from the ground. 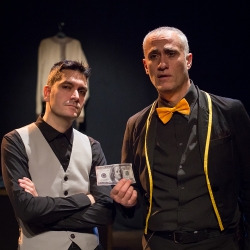 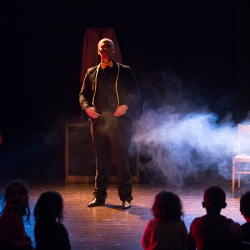 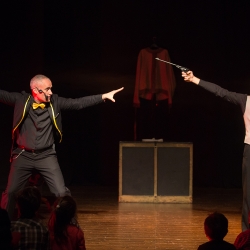 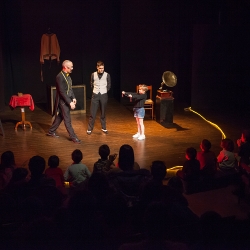 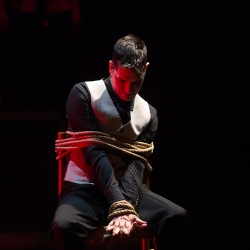 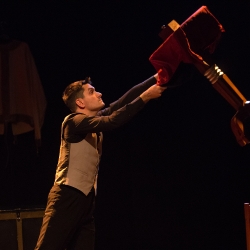 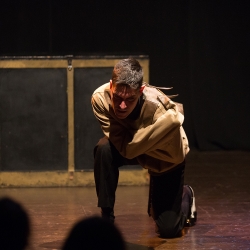 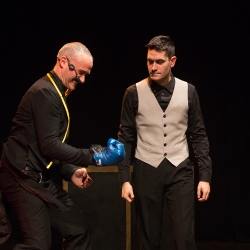 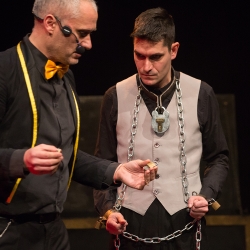 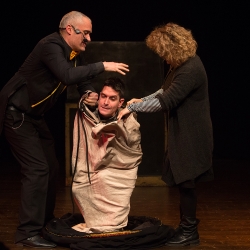 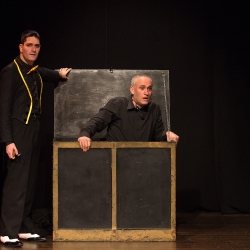 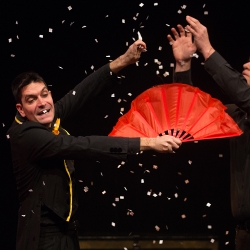